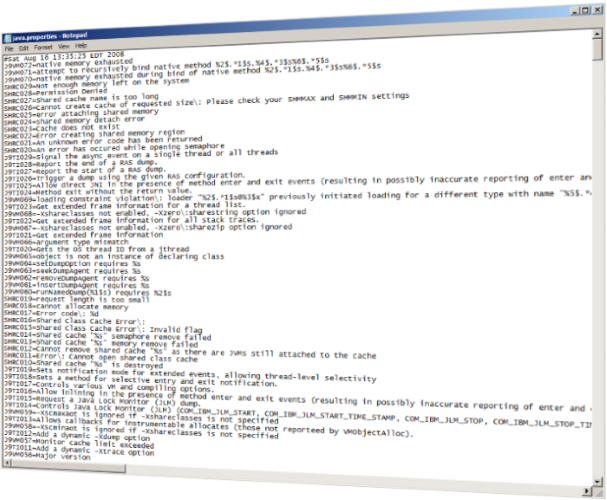 It’s 2018, still editing configuration files in vi? Take a look at Config, the easiest way to manage your application configuration across all your servers and environments.

The Properties File in Java is the collection of the pair of key-value that is used to handle the utility files like java.util.Properties. This file is used in mostly all types of Java applications that store the localization or the configured data.

Format of the Properties File

The format of the Properties File should be such that it is seamlessly read by the Nucleus and recognized by the java.util.Properties class. Here are some of the rules for the format.

Here, the White Space appearing, in the beginning, is overlooked

Here in the above example, it goes equivalent to the targetCities= Detroit, Chicago and Los Angeles. Even the White Space at the beginning of these lines is also ignored.

Details of the Programs that open the Properties File

Here is the list of Programs that opens the Properties File in the Mac, Windows and the Linux.

Tools for Editing the .properties File

There are many text editors present in various Operating Systems like Mac, Windows or Linux for editing the “.properties” file. Other third-party editing tools are also available with the added functionality like